This past Sat, I finally went out on a long bike ride.  With trips to Montana, unicycling (my new toy of the year), climbing trips (didn't do any last year), I hadn't gone on a 40+ mile ride since the Alt Ride... a long, long time ago.
So this past Thurs I went on a short night ride to see how what my shoulder could handle.  My shoulder felt fine, I just had to modify my ride as I couldn't really crank up the hills, I had to spin up them (I do have a triple....)  My light however wasn't fully charged, and had to do about 8 miles in pitch dark... kinda spooky, but very zen at the same time.  Good thing traffic was light on Pinehurst.
On Friday, I managed to finagle Sigman to do a long-ish ride (never too hard to convince that guy to go on a fun ride...).  We debated between Pt. Reyes, Cheese Factory, 7 sisters, or Hamilton... and decided on Hamilton.  The shortest route you can do the Mt. Hamilton Loop is 101 miles.... which looks like this.


So... I woke up at 5, picked up Sigman at 6, and we were on the road from Pleasanton at 7 am.  Pretty foggy start, but by the time we reached Livermore it had cleared up and the temps dropped a few more degrees.
We saw a surprising amount of wildlife on this ride... including a bobcat and a road runner.  Both firsts for me.  The bobcat was really cool, as we had just passed a lady crossing the street to feed her horses with her 5 dogs and a dozen or so kittens.  About a mile or so later, I saw a blur move about 10 ft away from me, then saw the bobcat springing away in the other direction.  We saw the road runner on our descent down Mt. Hamilton... on the west side.  Ran along side us for about 5 ft, then scurried away.

I've recently been reading Eat and Run by Scott Jurek, the vegan ultrarunner.  It's a quick read, but full of insights and recipes from his findings using his body as an experiment.  Two tips I took from his book were: 1) I packed two rice balls (onigiri) for the ride and 2) breathing.  I'd like to look more into this, but he says he breathes through his nose.  This lowers his heart rate, and also allows him to eat while running.  During the ride, I focused on my breathing... trying to breath through the nose.  On the tough uphill sections I'd breath in through my nose, out through my mouth... and on the really tough sections I'd breath in through the nose, out from the mouth, in through the mouth, out from the mouth, and in through the nose... etc.  Dunno if it helped any, but something I'd like to try out.

Posted by snowymonk at 2:34 PM 0 comments

Mt. Diablo on one wheel! Unicycling is another hobby of mine along with telemark skiing, kiteboarding, kayaking, cycling, ultimate frisbee, frisbee golf, regular golf, tennis, backpacking, and rock climbing that White People Like.  I'm not sure why I've been attracted to such sports, but I don't meet too many folks of color through my hobbies.  Only through soccer and running.  One of my favorite activity partners is Stefan.  Stefan has lots of goals.  One of them for this year was to ride up Mt. Diablo on his uni.  Given that it's December, we had no time to spare.

I did my first coker (a 36" wheel uni) in July after being persuaded to join Rob's Ride by Stefan using Ken's spare coker.  After that experience I knew I had to save up for one.  This October, I saw one on craigslist in Sacramento.  So one weeknight, I drove out there and picked up a beautiful coker.  It was well worth the 3.5 hr round trip.

Then two weeks ago I got surgery on my left shoulder.  Yup, my "good" shoulder.  I initially damaged it 3 years ago in 2009, our year off.  We had come back to the states for multiple weddings and I was up in Mendocino surf kayaking, when I got pounded by the surf.
Then this summer it started popping out again.  And unlike my right shoulder I didn't need assistance to pop the shoulder back in place.  With my left one, I could just relax a bit, and it'd pop back in by itself.  A handy trait as it popped out this summer while climbing at Lover's Leap with Stefan.  I had been leading, and had placed one piece of pro about 25 ft below.  And I was about 45 ft above the ground.  Yeah... you do the math.  But I did manage to pop the shoulder back in, and climb the rest of the day.  Lead 5 more pitches in fact.  Then MUNI-ed for 2 hours.  That was probably stupid.

Anyway... back to this past Sat.  (10 days after surgery)... there were 5 unicyclists (Stefan, Tom, Nathan, Funk, and I) and Geoff on his road bike.  Funk was quite impressive, but didn't quite make it to the top. I couldn't believe how far he made it.  He actually also saved me from riding 10 extra miles, as I was planning to Bart to Walnut Creek, then riding the Iron Horse Trail to the start.  Funk texted early in the morning saying he wanted to join.  So I said, we should carpool, and he should drive.  30 min, later he says he has a flat.  So he comes over, and we try to fit a 700 x 38cc tube on there, but turns out his tire is very, very loose.  So we threw on a 700 cc x 32 cc tire and it actually works.  Probably wasn't as comfy, but it worked.


Tom and Nathan, the expert uni riders in our group had both ridden up to Diablo on their unis a half a dozen times or so.  They were very helpful in keeping us on track.  They also knew about the record (an hour & 14 min, I believe)... and other funny stories... like when one of their friends rode a giraffe uni up while dribbling a basketball the whole way w/o getting off.   Lots of humbling stories that made riding a uni up Diablo seem quite tame.  The hoards of road cyclists and auto passengers that were hootin' and hollerin' reminded me that we were not "normal".

In the end we summitted in about 2 hours... including a 10 min rest at the junction.  That was the estimated time, and we did very good.  It was such a beautiful day, and there were boatloads of cyclists.  We even passed a few.  The ride actually wasn't that bad as the grade was so consistent.  I did have to dismount once when there was too much headwind... but it wasn't until the "wall" that I had to walk up.  Stefan and I tried twice to get up the thing, but we just couldn't muster enough juice.  I made it up half way the first try, then maybe 75% of the way on the second try.  More training!

Our descent was another adventure.  Tom isn't a big fan of riding asphalt.  So his condition on coming was that we ride some of the trails on the way down.  Some parts were quite challenging, but most of it was really fun.  I definitely improved at free mounting with my arm in a sling.  I'm writing this 5 days later and I'm still sore.  I couldn't believe how sore I was the next day.  I could barely walk and I actually cramped up walking down the steps in front of the house and fell down in agony.  Good thing my neighbors didn't see me.  Gotta get in better shape!   Especially for the ski season.

Thanx to Tom & Nathan for the pics!  Stefan for instigating.  Funk for driving.  And Geoff for the support!

First turns of the season!

not surprisingly other folks reported a larger skier triggered slide near by.
http://www.sierraavalanchecenter.org/node/2903

A few lessons learned for these early season days...

Posted by snowymonk at 3:40 PM 0 comments

Can't wait for these either...

Posted by snowymonk at 4:24 PM 0 comments


Some footage from this past season... by most standards, it was below average...But I still had a great time!  No injuries, and truly enjoyed the pow pow.


\
I guess some folks can't see the vid above?  Here's another version to try...

Posted by snowymonk at 4:07 PM 1 comments

Did a fun night ride on Mt. Tam last Friday with Sigman, Booth, and Man Chicken... don't have any pics from that ride... but it was really fun.  Booth is really fast.  20 miles with about 4000 ft vert.

Saturday, met up with Ko for a ride in wine country.  We had to pick up some bottles from Vincent Arroyo anyway... so we started in St. Helena and rode 10 miles to Calistoga and did another 10 back.

Sunday... Stefan came by the house at 6 am for an early departure to S. Lake with Funk.  While Funk dropped off Kokanee (his sister's dog) Stefan and I hopped on Bear's Reach, and another route on Hogsback.  Then Funk and I simul-climbed another route on Hogsback and then it was time to MUNI in tahoe.  So we drove up to echo summit and hopped on the Pony Express Trail.  An easy mtn bike ride... but quite a challenging MUNI ride.  And it started snowing on us. That was awesome.  The crazy guy that lives at the bottom of Sierra Ski Resort telling us to get off his property... that guy is NOT so awesome.

Posted by snowymonk at 1:43 PM 0 comments

first a short timelapse of the fog in the valley when we arrived. 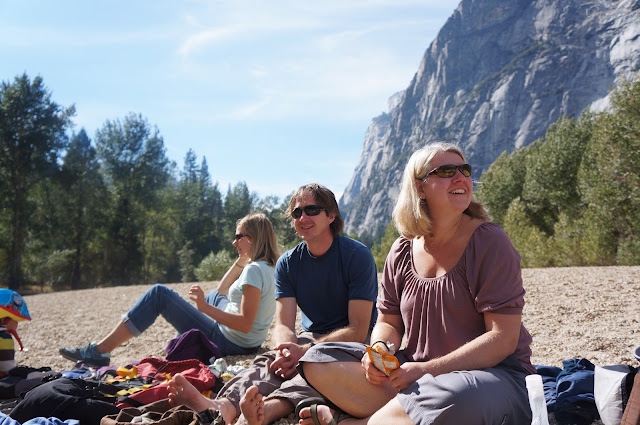 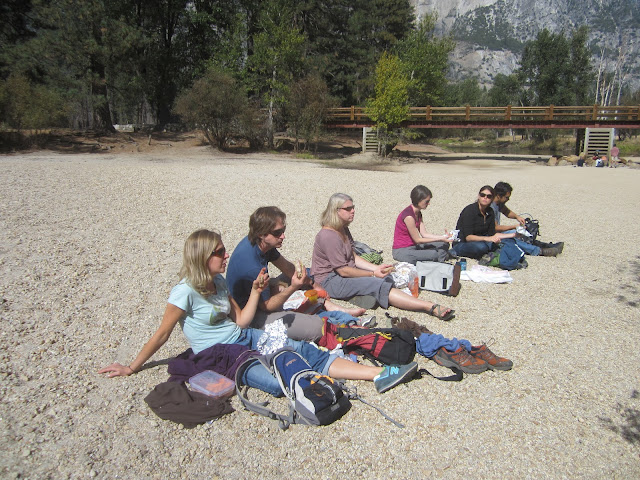 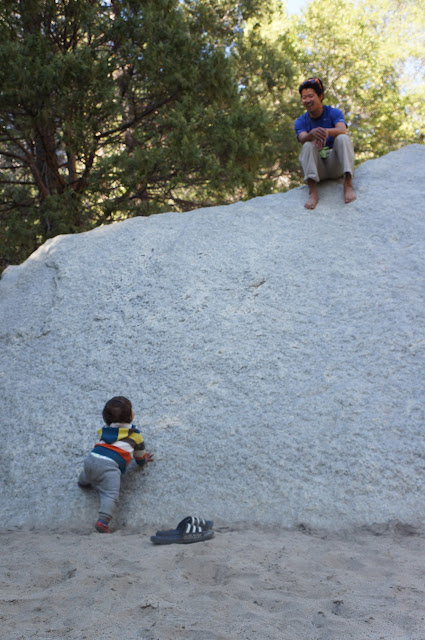 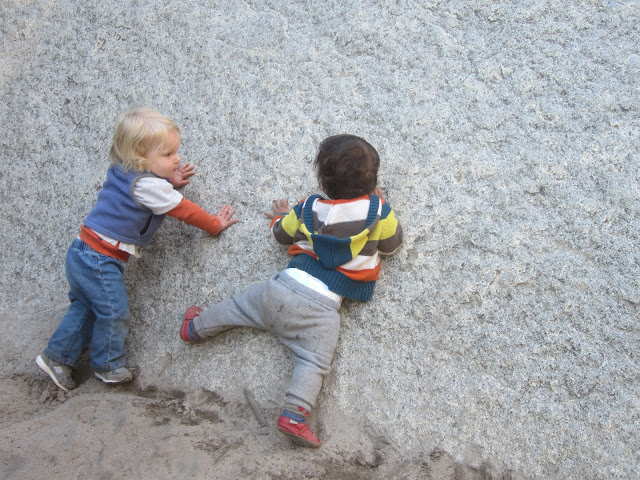 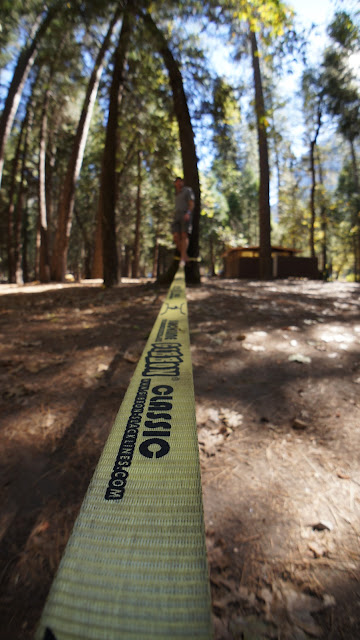 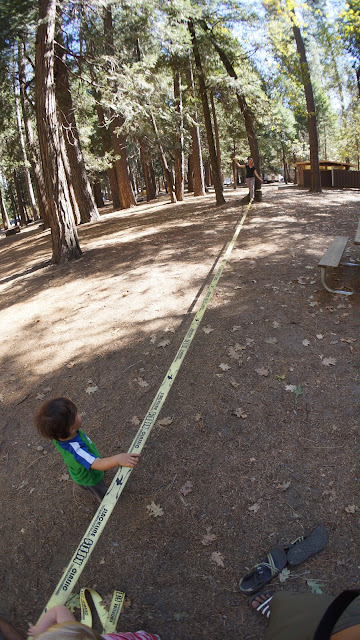 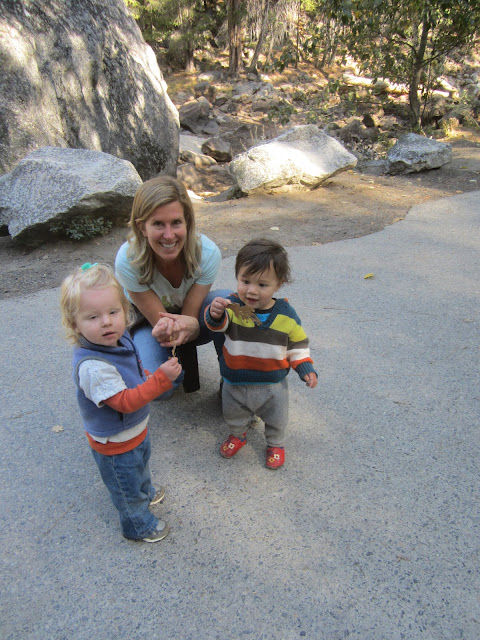 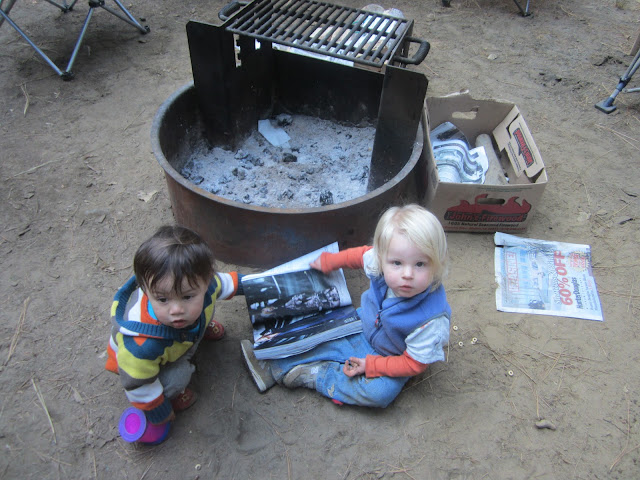 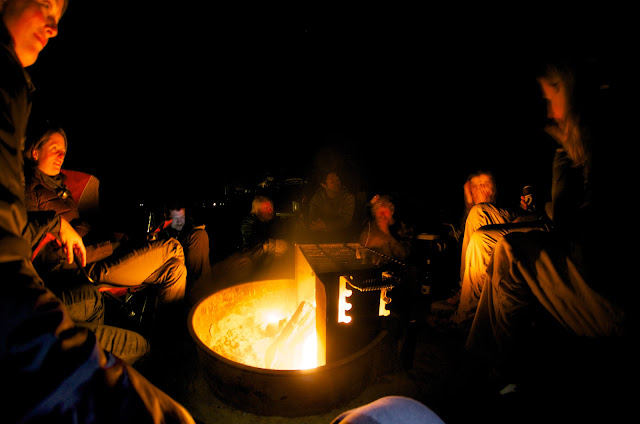 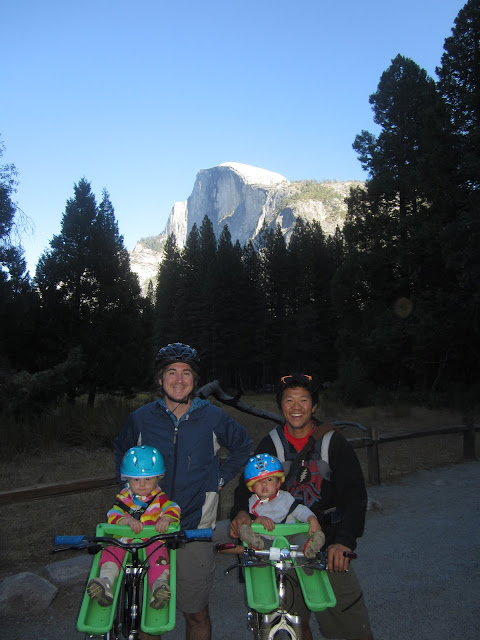 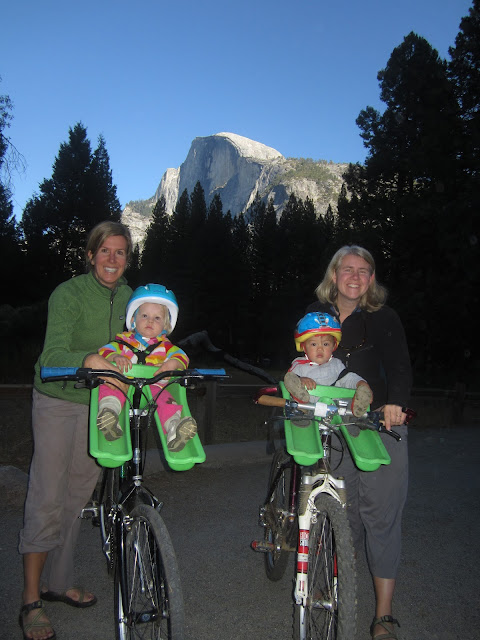 Posted by snowymonk at 1:04 PM 0 comments